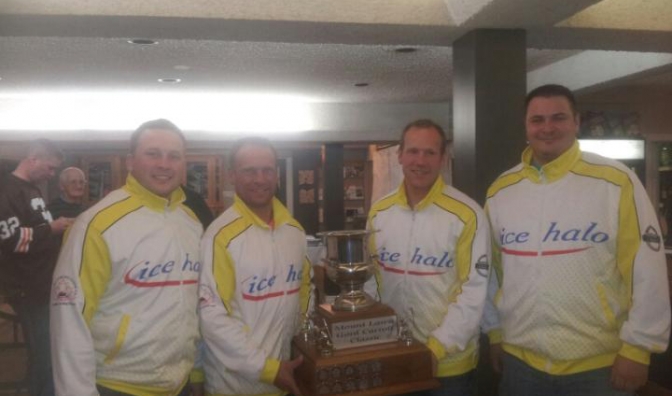 MISSISSAUGA — Earlier this month, Caleb Flaxey was given an offer he couldn’t refuse.

The Dixie Curling Club member was contacted by his good friend Brad Jacobs, who had just qualified for the Roar of the Rings Olympic trials.

Jacobs was looking for an alternate to join his team at the trials in Winnipeg from Dec. 1-7.

“It was something I just couldn’t say no to,” said Flaxey, who grew up in Sault Ste. Marie, but now lives in Caledon.

“(Brad and I) have played together since we were juniors and we’ve been to a couple of Briers together back when I was in Sault Ste. Marie. There’s a lot of history between us and it’s an easy transition for everyone.”

Jacobs’ rink out of the Soo Curlers Association qualified for the Roar of the Rings by beating 2006 Olympic gold medalist Brad Gushue for the final qualifying spot at the Road to the Roar pre-trials in Kitchener on Nov. 10.

“It definitely doesn’t hurt having a big moment like that to look back on,” said Flaxey, who teamed with Jacobs to win bronze at the 2010 Brier in Halifax.

“Everyone there has won something big in the past, so we just have to look at it as another event, play the best we can and see what happens at the end of the week. It’s a field where anyone can win. It’s going to be a grind, but the reward at the end is pretty big.”

The winning rink will represent Canada at the 2014 Sochi Olympics from Feb. 7 to 23. The field in Winnipeg will be deep with former Brier champions Glen Howard, Kevin Martin, Kevin Koe and Jeff Stoughton enrolled along with three other rinks.

Teams are allowed to take an alternate for large national events such as the Brier and Olympic trials. Flaxey isn’t sure what Jacobs’ rink will have in mind if they qualify for Sochi, but the Dixie curler will put his best foot forward next week.

“It’s definitely something I want to be a part of,” Flaxey said. “I’ll state my case the best I can, but we’ll see what happens when we get there.”

Hot Off The Press